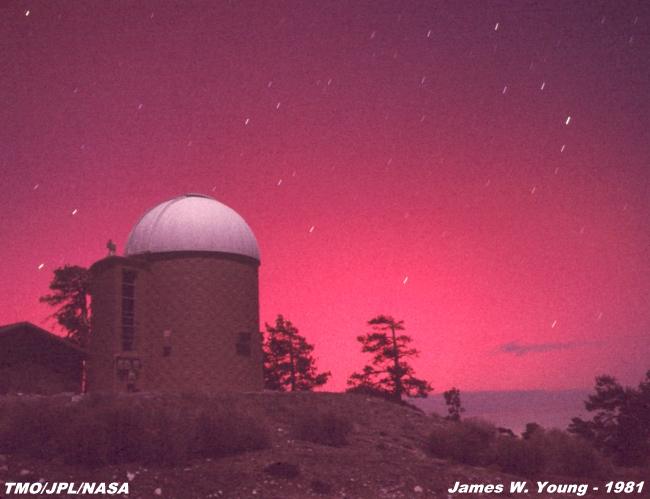 This unusual picture came about by chance! On April 12, 1981, while I was observing with the 24-inch
at the coude spectrograph, the guard came down to the room I was observing from, and exclaimed..."The
desert is on fire!!!!" I came outside, and to my surprise, found this red display of the northern lights, or
'aurora'. I had last seen a red aurora display in 1958 while I was in Seattle. This happened to be the 4th
general 'red aurora' since the late 19th century.

I had only one old roll of color film, Ektachrome-X, and I quickly set up the Zeiss-Ikon 35mm camera
with a 35mm f/2 wide angle lens, and took this five minute exposure. The bright moon illuminated the
white dome of the 16-inch in this view.