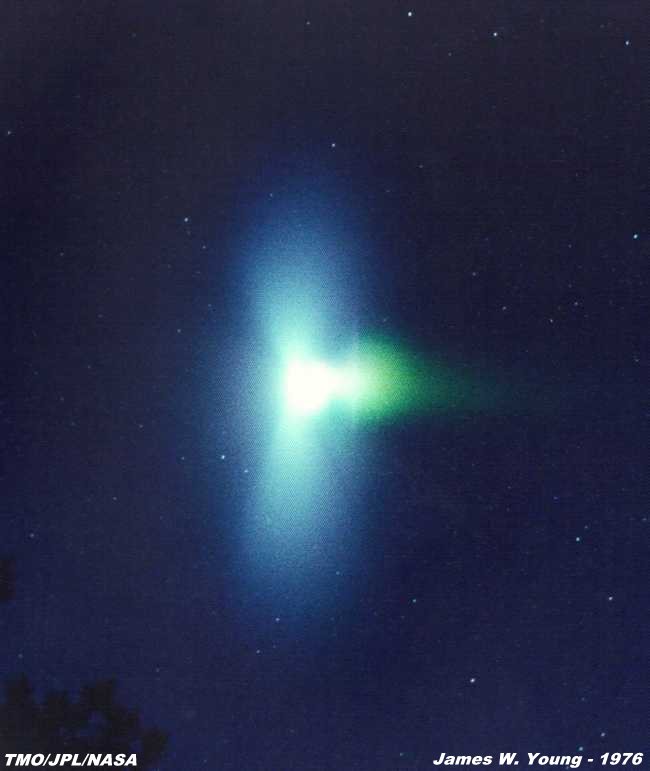 This unusual picture was taken on May 20, 1976, early in the evening just after dark. A rocket was
launched from Tonapah, Nevada carrying a canister of barium. The cannister was released high in the
ionosphere to study the effects of solar particles hitting this layer. The cannister was exploded open
and the resultant 'green' color is the barium itself. The blue whitish color was caused by the explosion.
As noted in the following picture, the barium is beginning to line up with the earth's magnetic lines of
force...the intended outcome that was studied. This project was not a JPL project, however it was
studied, in part, by a civilian group of scientist at the observatory. 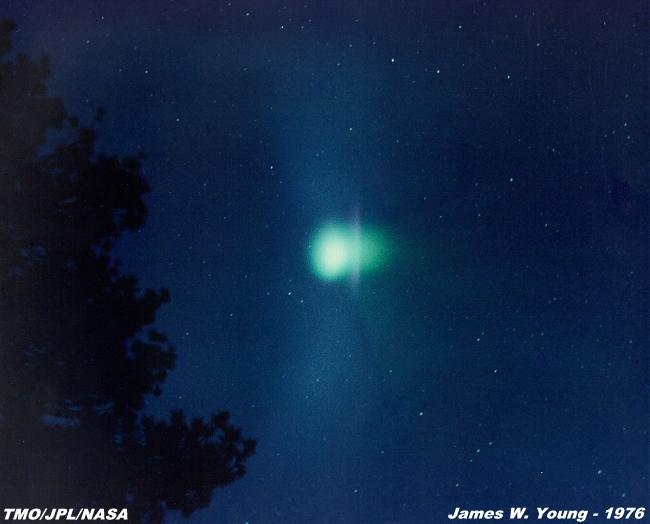 A Zeiss-Ikon 35 mm camera with a 50mm f/1.4 was used to record this event on Kodacolor 100 ASA
color film. Both pictures were exposed for 12 seconds, and taken on a fixed tripod looking NNE of the
observatory.