The Launch of The Echo II Balloon Satellite

The launch of Echo II From Vandenberg AFB, with Echo I Passing Overhead 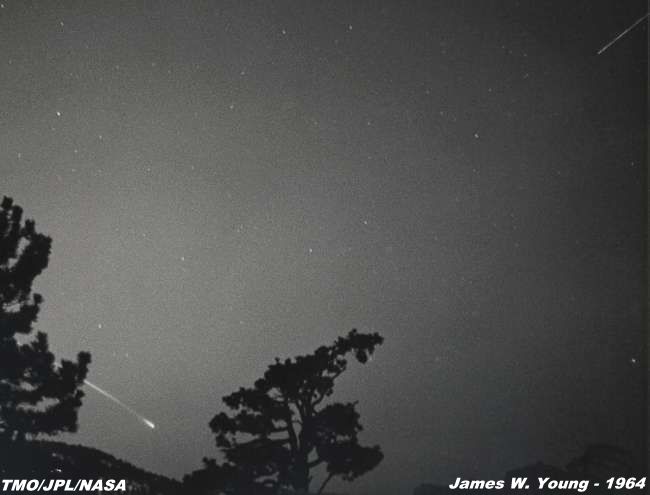 This unusual photograph was taken from the Table Mountain Road, about 1 mile to the south of the
observatory. It was the best vantage point to view the actual launch of the rocket, seen here some
150 miles to the west. A Thor-Agena B rocket lifted off around 6 AM local time, carrying the satellite
south into a nearly circular polar orbit at an altitude of around 700 miles. Echo II stayed in orbit, and
was viewed by 10's of millions of people the world round, just as Echo I (seen still in orbit in the upper
right corner of this picture!)was, until 1969. Echo I decayed in 1968.

The following picture shows the continuation of the launch sequence as the vehicle headed south and
downrange from Vandenberg. 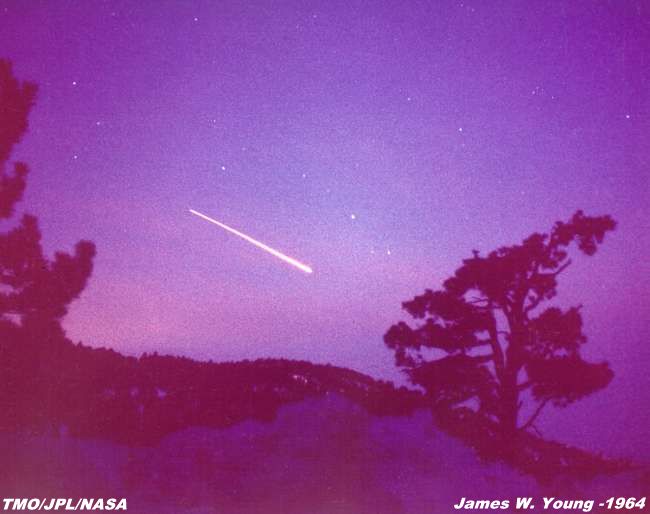 Zeiss-Ikon 35mm cameras were used to take these two frames, the top frame using Plus-X film at
ASA 100, and the bottom frame used Kodak Kodachrome 64 ASA slide film. In each case, the
35mm wide angle lens was employed set at f/2, with both exposures being 1 minute in duration, the
first from 6:03 AM, the second one from 6:05 AM on January 25, 1964.