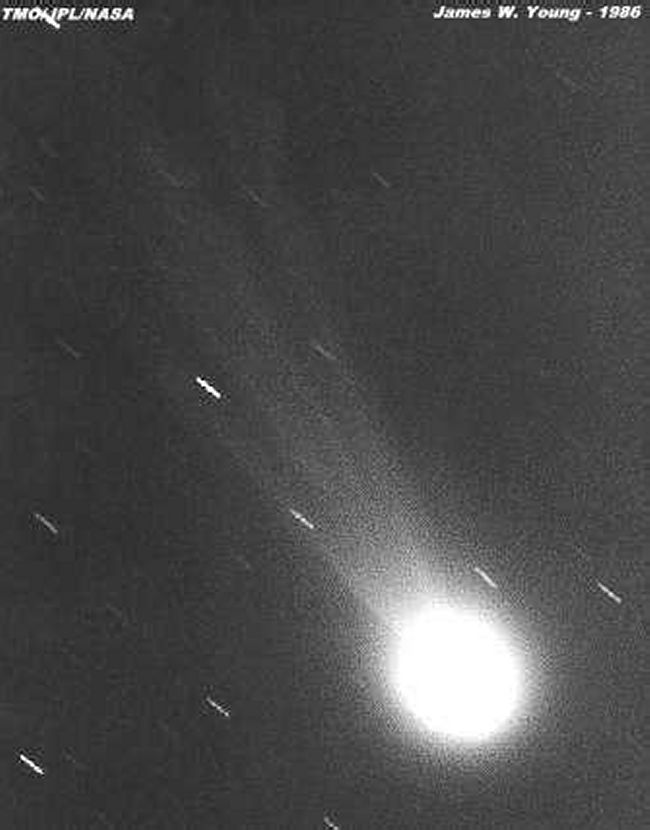 This picture was taken on January 8, 1986 with the cassegrain 4x5 camera using a Kodak 4x5 glass
IIa-D spectroscopic plate. This was a 15 minute guided exposure taken at the f/16 focus of the telescope.

This photograph was taken on March 20, 1986 with the 10-inch Schmidt camera, operating at f/2. This
picture is an enhanced image produced by the Image Processing Laboratory (IPL) at JPL to bring out the
fine tail detail, otherwise lost in the sky glare. The original exposure was made on Kodak Royal-Pan film.
This 19 minute guided exposure was started at 4:22 AM local time.

An extensive effort was made to set up a complete 'ham' station for a special event from the Table
Mountain Observatory during the 1986 return of Halley's Comet. With the help of the site facility
manager, one 80 meter and two 40 meter inverted vees were constructed out of #10 stranded wire
used for electrical hookup, and attached to the top of the 96 foot pole in the center of the observatory
grounds. Three separate120 foot RG-8 coax cables were run to my office, with a manual switch to
select which antenna I wanted to use. The initial testing for the station was in November, 1985, but
due to a terrible wind and ice storm all three antennas failed. They were replaced by very expensive
stainless steel 3/16 inch wire rope. Over 500 feet was needed, since each antenna leg had to be well
supported beyond each insulator to the ground. Winter storms at Table Mountain can have winds
well in excess of 100 mph, so the wire rope was necessary, and performed like a champ during the rest
of 1985 and up to June of 1986.

JPL printed all of the certificates, QSL cards, and the picture I took of the comet on March 20 in large
quantities. Everyone that sent a QSL and a large manila envelope got one of each, along with an
International Halley Watch (IHW) sticker. I received over 2100 replys, QSL's and requests.
I still have 3500 unused QSL cards. 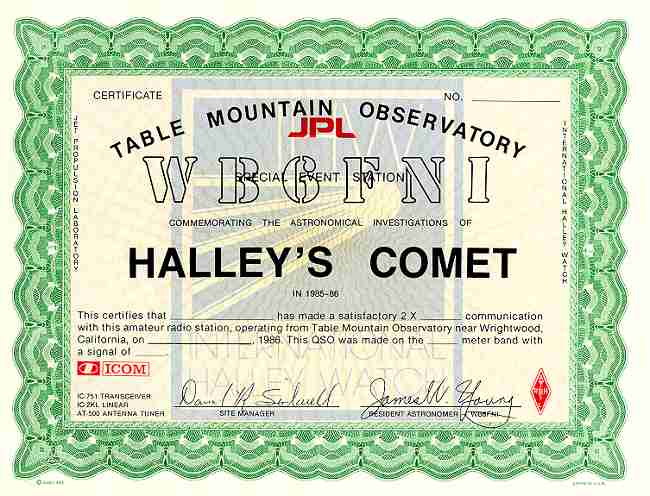 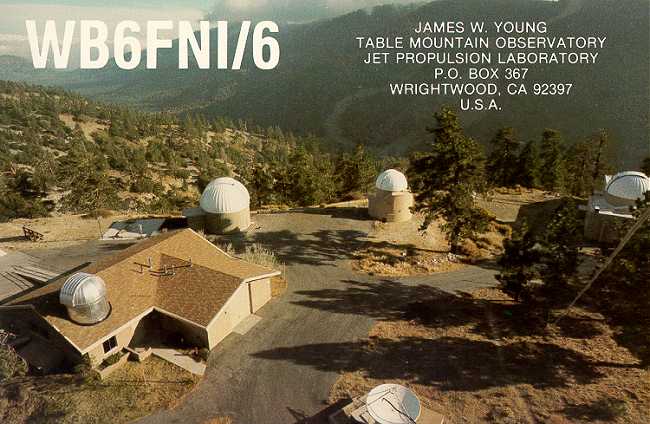 QSL CARD (front and back) 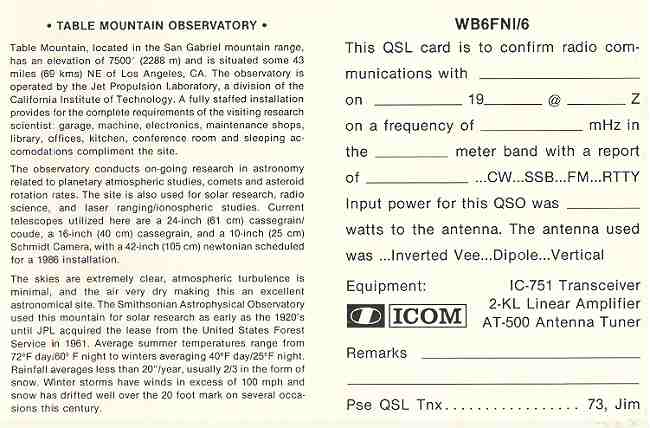 HALLEY'S COMET PHOTOGRAPH (front and back) 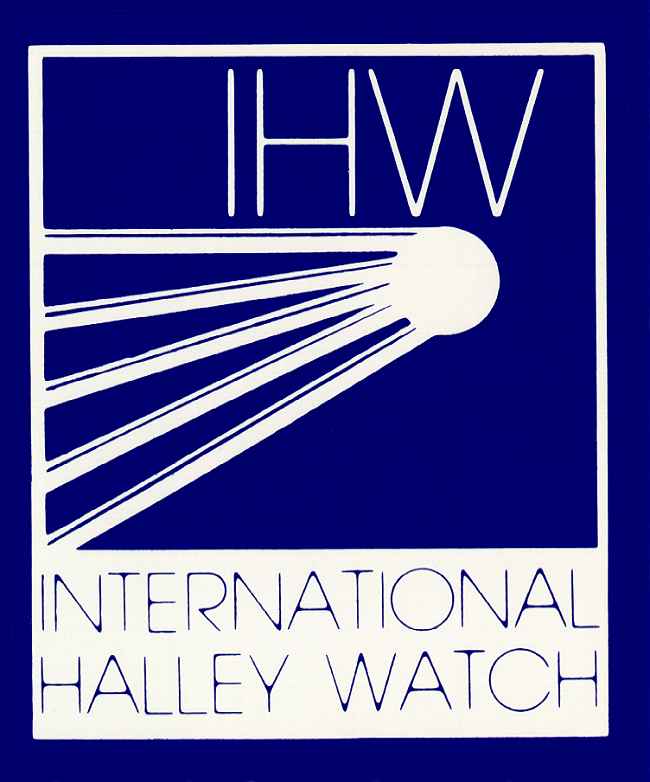 
TableMountain Observatory, operated by the Jet Propulsion Laboratory (JPL), is located just west of the
town of Wrightwood, California at an elevation of 7500 feet.