Double Halo Over Coast of Oregon

Two Rainbow Colored Halos Seen from the Coast of Oregon 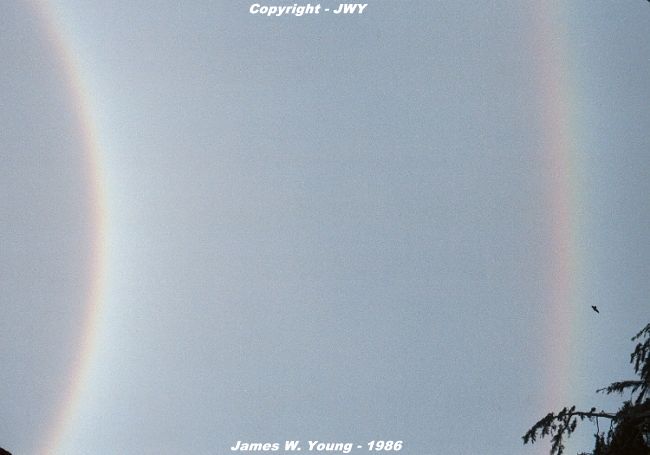 This picture was taken in June 29, 1986 from Hug Point (30 miles south of Astoria, Oregon) which
overlooks the Pacific Ocean. The deeply colored inner halo on the left, caused by ice crystals in the
upper atmosphere, is refracted sunlight passing through ice crystal at 22 degrees from the sun. The
outer halo, seen on the right, is caused by the same circumstances, but the refraction is much greater,
causing this halo to be weaker, but giving greater dispersion to the rainbow colors.

The following picture is of a normal 22 degree halo as seen from the White Mountains on May 3,
1997 around noontime. 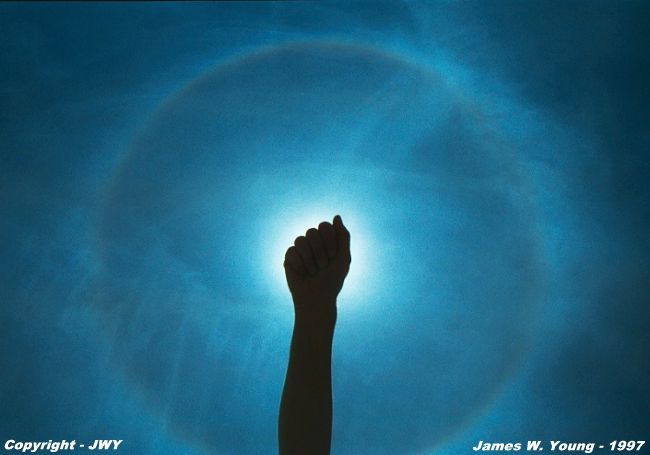