The Planet Jupiter Showing Satellites and the Great Red Spot 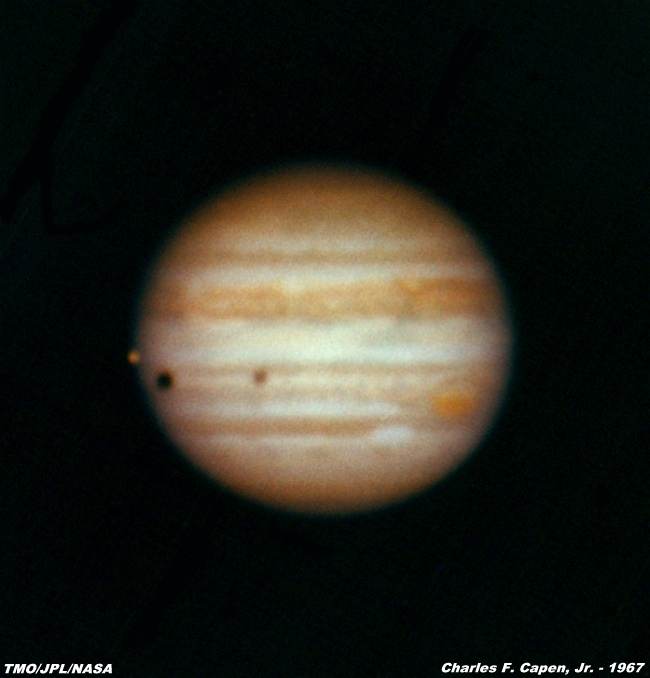 This photograph of the planet Jupiter was taken by Charles F. Capen, Jr., while using the large McDonald
Observatory's 82-inch reflecting telescope, near Ft. Davis Texas. Using 35mm Kodak Kodachrome-X
film at 64 ASA with a 35mm Miranda camera and a Kodak CC05Y color compensating filter he took
this 1 second exposure at the telescope's f/23 focus on January 29, 1967 at 0613 UT.

From the left side of the planet, you first see the satellite Io as it begins to cross in front of Jupiter's disk.
Just to the lower right is a large dark spot. This is the shadow of the satellite Ganymede, which appears
as a darkish brown spot, yet further to the right. The sun is off to the right side of the picture, so shadows
are cast to the left; hence, Ganymede's shadow is to the left of the satellite itself, some 623,000 miles
above the clouds of the planet. Io, being far to the left, casts its shadow off into space even further to the
left.