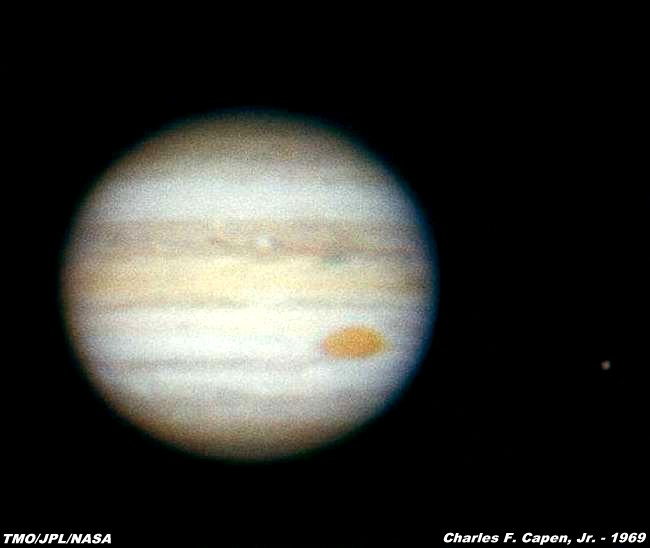 This picture was taken on March 28, 1969 showing the satellite Europa to the far right of the frame.
The Great Red Spot is to the lower right of the planetary disk, and moving from right to left. The
large equatorial belts and zones show vividly in this excellent photo, including small white and dark
areas of cloud storms. The large white spot near the center is a storm about half the size of the earth.
This picture was taken at 0428 UT. 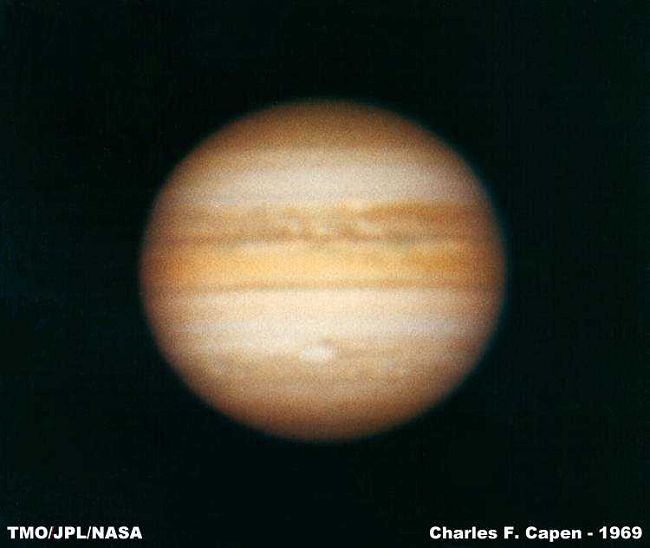 In this second photo, we see an even darker equatorial zone of cloud formations and small white
patches. There is the famous white 'oval' in the south (lower) region in the center of the disk. This
photographed was snapped at 0503 UT. This frame was taken on March 29, 1969. 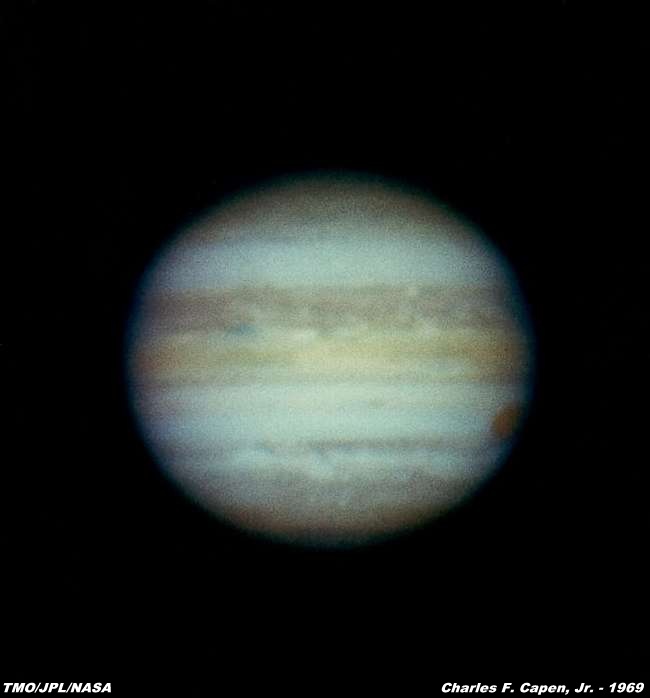 In this last frame, the Great Red Spot is just beginning to show on the extreme right side, as it moves
into the sunlight. The same white spot seen in the first image is seen here in the upper right center, at
the north edge of the equatorial region. This last frame was taken at 0534 UT on April 4, 1969.

The above pictures were taken with a Miranda 35mm camera attached to the McDonald Observatory's
82-inch telescope operating at f/23. All three were 1/2 second exposures on Kodak Kodachrome 64
ASA slide film. All three frames were taken by Charles F. Capen.