Lightning Striking the Desert near Victorville

Lightning stricking the Mojave Desert Floor near the community of Victorville 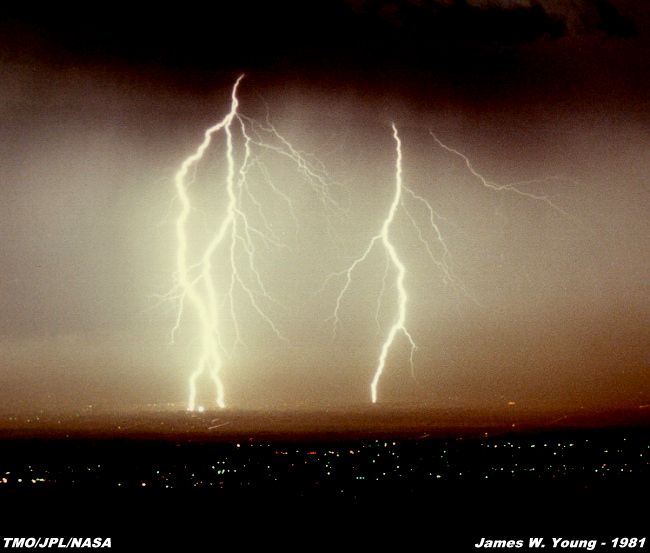 This color photograph of three strikes northwest of Victorville was made with Kodak Kodacolor 100
ASA 35mm film using a 35mm Zeiss-Ikon camera and an f/4 250mm telephoto lens. This is one of the
many pictures made on September 30, 1981 from Table Mountain Observatory, of an extraordinary
lightning display. Very little sound was heard from the thunder generated because of the long 23 miles
between the observatory and the Victorville area. It is usually quite difficult to hear any thunder from
such storms that are greater than 10 miles distant.

Between the two strikes on the left, one can see a power transformer that blew up. During this intense
storm, many transformers were seen to blow-up...as bright green flashes, usually within an instant after
a lightning strike.