Color Photograph of Mars in 1969 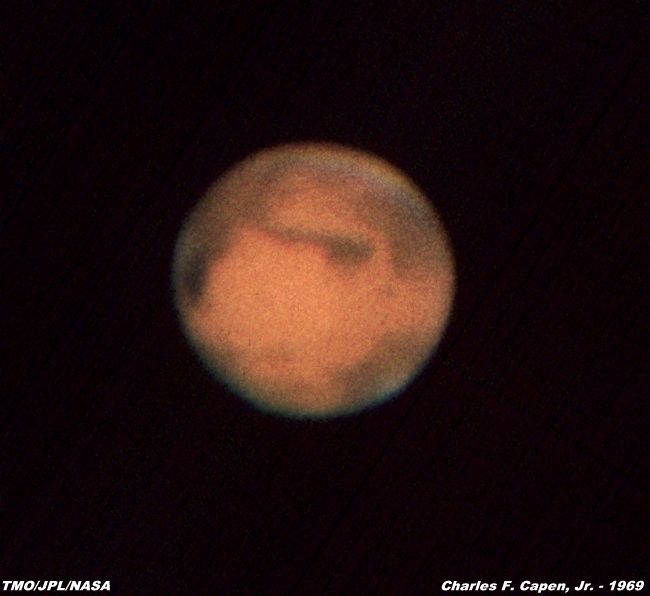 This color photograph of Mars was taken with Kodak Kodachrome-X 35mm film with an ASA
of 100 with a Miranda 35mm camera with the large McDonald Observatory's 82-inch telescope,
near Ft. Davis, Texas, by Charles F. Capen, Jr. The 0.2 second exposure was taken at f/23 with
any filter at 0702 UUT on May 29, 1969.

The very dark spot on the left edge is Syrtis Major, while the tan area to the lower right is the Mare
Acidalium. The Solis Lacus is the dark area in the upper right center. Over Mare Acidalium appears
an area of clouds, as well as on the upper right edge.