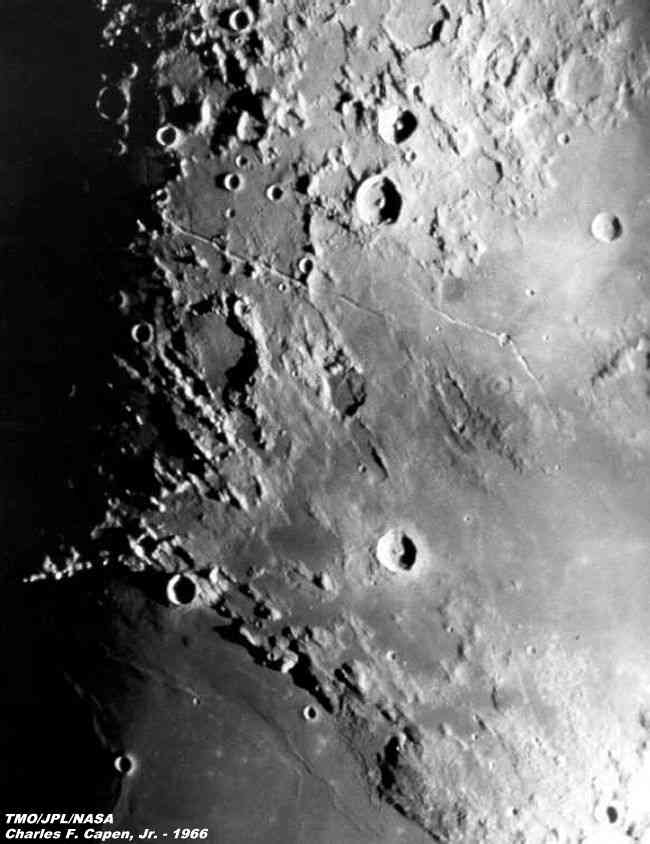 The central area of the lunar surface is seen in the photograph taken on August 7, 1966 with the
24-inch cassegrain telescope operating at f/16. The two craters at the top, vertically spaced apart
are Godin and Agrippa, with the latter being the larger at 28 miles in diameter. Moving down and to
the left we see the old partially filled walled plain crater, Julius Caesar. Then continuing down and
to the right, the 25 mile diameter crater Manilius, seen all by itself is conspicious by itself. Directly to
the left is the almost fully shadowed crater Menelaus at 20 miles in diameter. It is situated directly
on the edge of the Haemus Mountain range, just above Mare Serenitatis. Almost at the bottom on
the left is the largest crater in Mare Serenitatis, Bessel. Bessel is 12 miles in diameter, and has crater
walls that rise nearly 3600 feet above the floor.