Two Rainbows for Your Viewing Pleasure 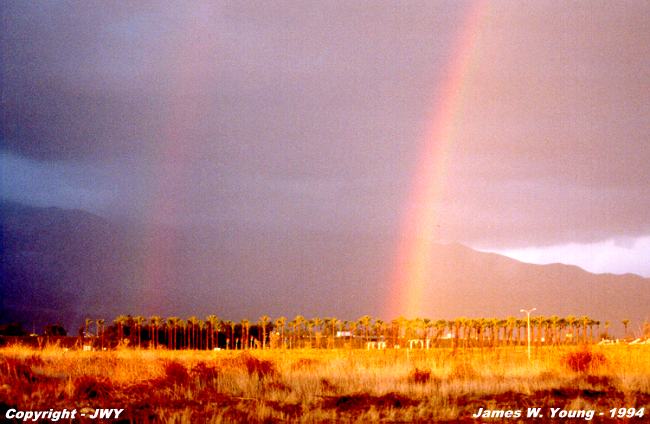 This picture was taken in February 1994 from Fontana, California. The rain squall was behind and to
the northeast in the picture, with the rainbow standing out well against the dark rainy background.
If you examine the picture carefully, you will see the secondary rainbow well to the left of the primary. 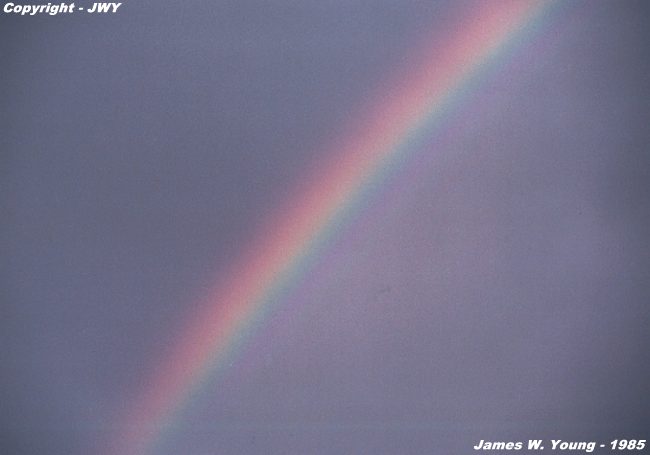 The above photo was obtained while driving south on I-15 through the city of Provo, Utah in the late
afternoon of July 12, 1985. Looking carefully at the inside (right) of the main 'bow', you can see what
is called the tertiary rainbow.