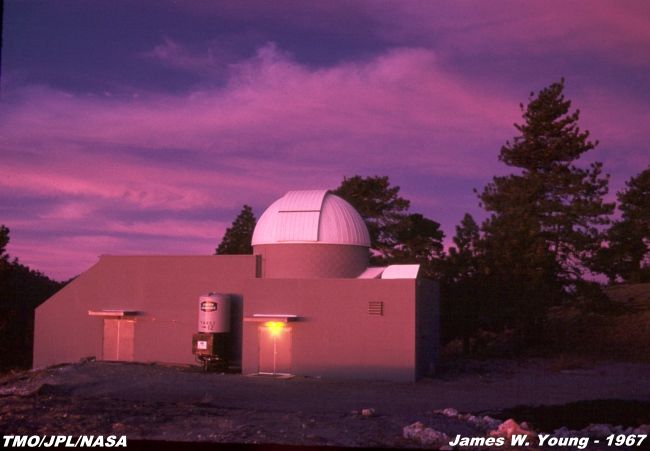 This photograph was taken with Kodak Kodachrome 35mm film with an ASA of 64 using a Zeiss-Ikon
35mm camera with a 35mm wide angle lens operating at f/8. The 1/60 of a second exposure captured the
red color of the sunrise reflecting off the building and clouds. The 24-inch telescope facility was built in
1965 with the telescope installed in April of 1966. The apparatus between the two doors is a large 1500
liter liquid nitrogen tank. Liquid nitrogen was used to cool electronic imaging equipment then, and is still
used today. Most of these electronic imaging devices, commonly called CCD's need liquid nitrogen to cut
down the electronic noise, thus allowing astronomers to see fainter stars, asteroids, comets, etc. The date
for this photograph was May 11, 1967