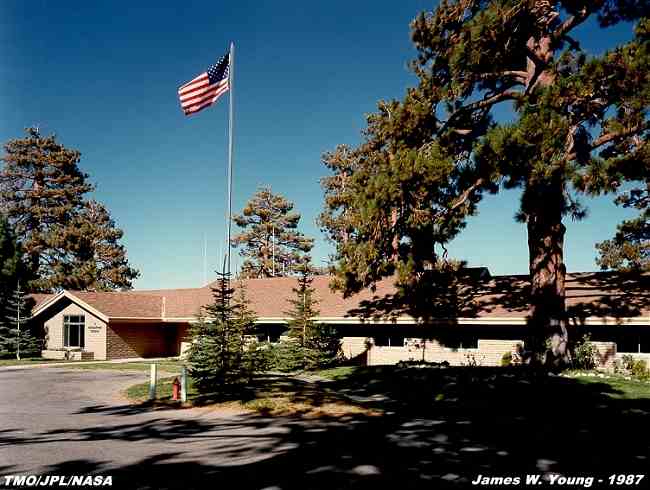 The Headquarters Building of the Table Mountain Facility as seen in May 1987. This building
houses the resident staff member offices, kitchen and bedroom accomodations for all visiting
science users and a library/conference room. Staff members include the facility manager, the
resident astronomers and Lidar manager. Some bedroom accommodations include office space
for extended users.

In a remote location with excellent viewing conditions and fine transparent skies, the Table
Mountain Facility is increasingly sought after as a site for scientific investigation of the earth's
atmosphere, solar radiation, and solar system astronomy. Formally known as the Table Mountain
Observatory, the name reflects a greater diversity of current operations and programs.

Table Mountain is located in the San Gabriel Mountains at an elevation of 7500 feet. Although
remote, the facility is only an 80-mile drive from Los Angeles. The Smithsonian Institution established
the 'observatory' in 1926, and the Jet Propulsion Laboratory acquired the USFS lease permit for
the site in 1962. The following pictures show the progression of the site's development from 1961. 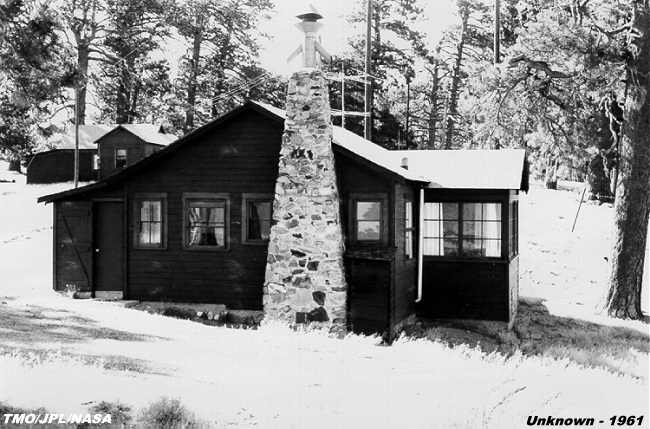 The above photograph, dated in the fall of 1961, shows one of the original residence buildings used
when Smithsonian occupied the mountain.

This and the following picture were taken late in 1961 during a site survey JPL conducted to
determine the feasibility of using Table Mountain for an astronomical observatory. The picture
above shows the main residence that was used by the Smithsonian site resident observer. The
picture below shows the 'bunker' used by the solar irradiance equipment for the Smithsonian
measurements during the 1920-50 time period. 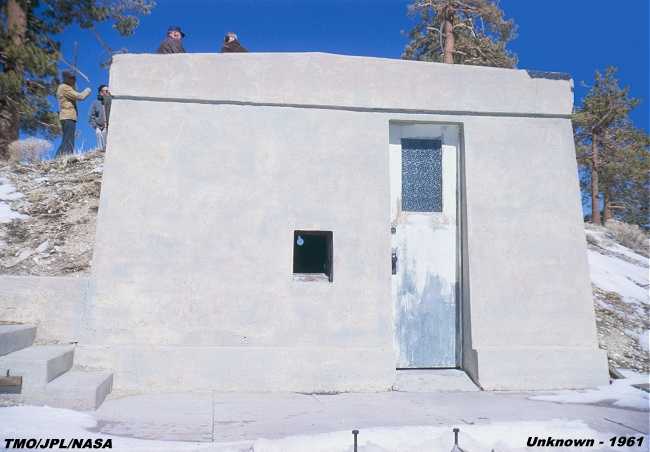 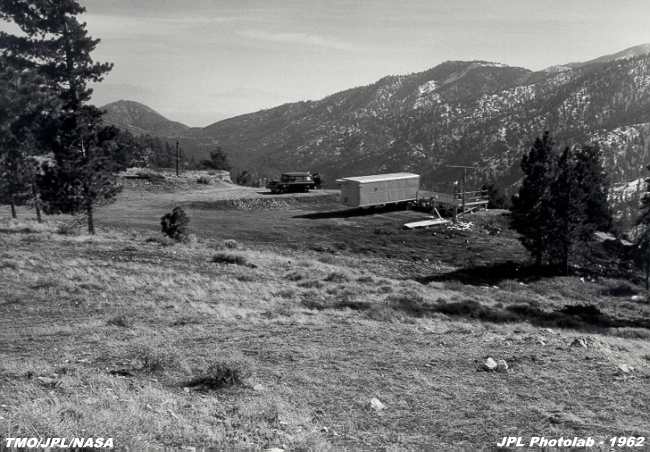 The above photograph, looking ESE, shows the solar panel testing operation by JPL in
May, 1962. JPL had been using the site on a limited basis to test spacecraft solar panles in
the late 50's and early 60's.

JPL acquired the lease permit from the United States Forestry (USF) in the spring of 1962,
and purchased the facility buildings left by Smithsonian which were in remarkably good repair.
A 16-inch optical telescope had already been purchased, so plans were drawn up for the
first new building JPL would add to the site. Known as 'TM-1', the observatory building to
house the telescope was completed in July, the telescope was placed into operation, and
initial tests (first light) were conducted on August 1.

The following pictures show the building under construction (1), and Charles F. Capen, Jr.,
testing the drive mechanism for the telescope (2) just before the initial tests were conducted. 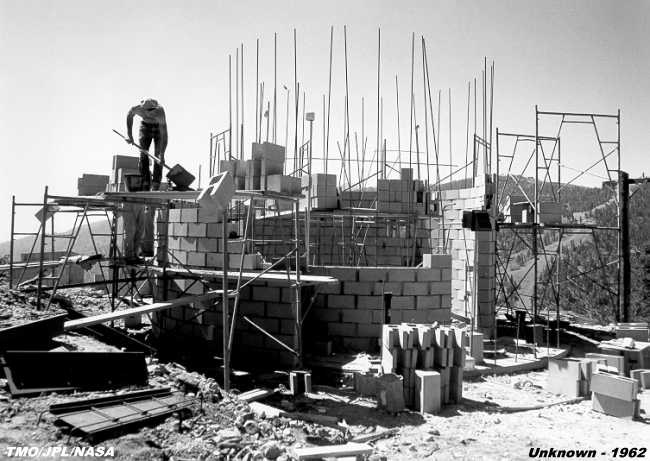 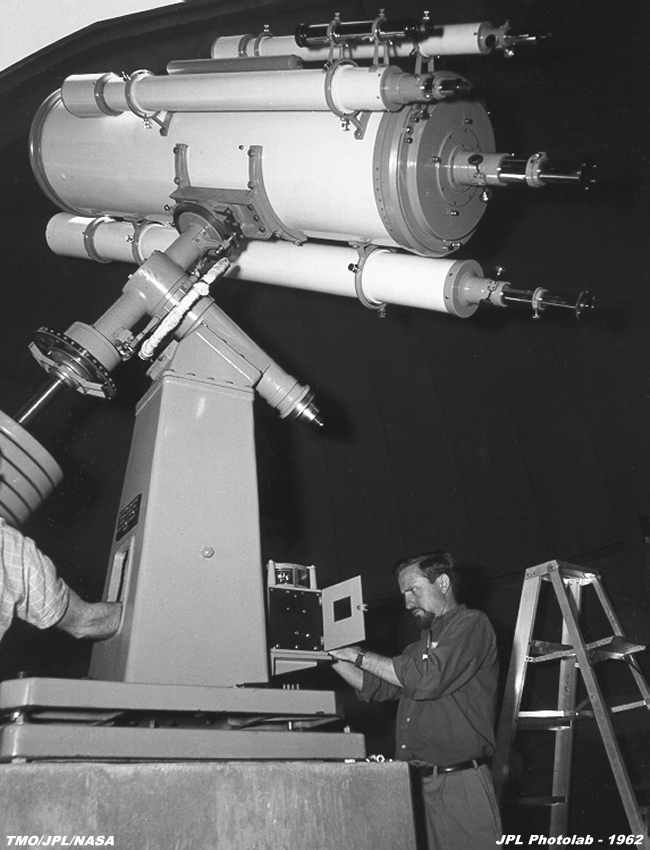