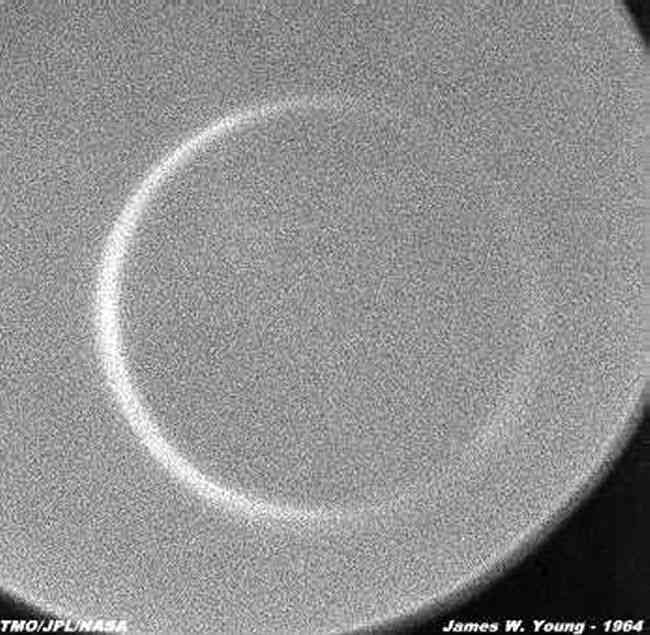 This picture was taken on June 20, 1964 using a Kodak III-F Spectroscopic glass plate and an
RG-1 Schott glass filter with the 16-inch cassegrain telescope operating at f/60. This 0.08 second
exposure was made with a specially designed 'planetary camera', made by the late Rex Bohannon
for Table Mountain. In this frame, the sun is to the immediate left, only a few degrees. The entire
'ring' of Venus' atmosphere can be seen.

Venus is extremely close to the sun at its inferior conjunction (the time when Venus passes between
the earth and sun). In is only at this time, the 'ring' of Venus' atmosphere can be photographed. The
only way this can be done, is by shielding the close proximity of the sun by a 'sunscreen' attached to
the dome and extending far away from the telescope. This allows only the light of Venus to enter
the telescope, while completely blocking the sun from doing so. See the next picture for the actual
screen used during this observation. 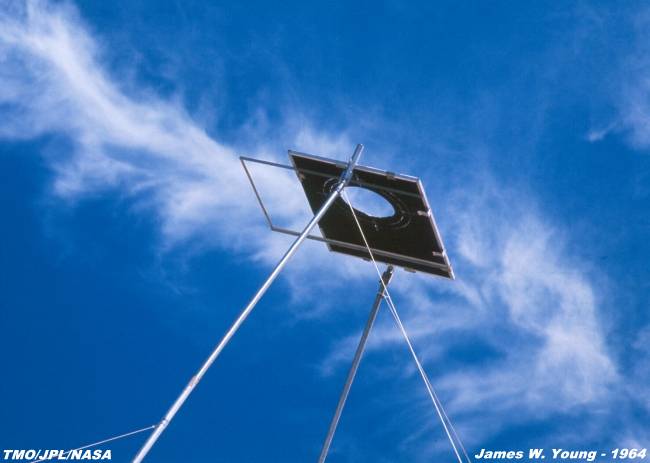