The Planet Venus Showing a Crescent Phase in 1964 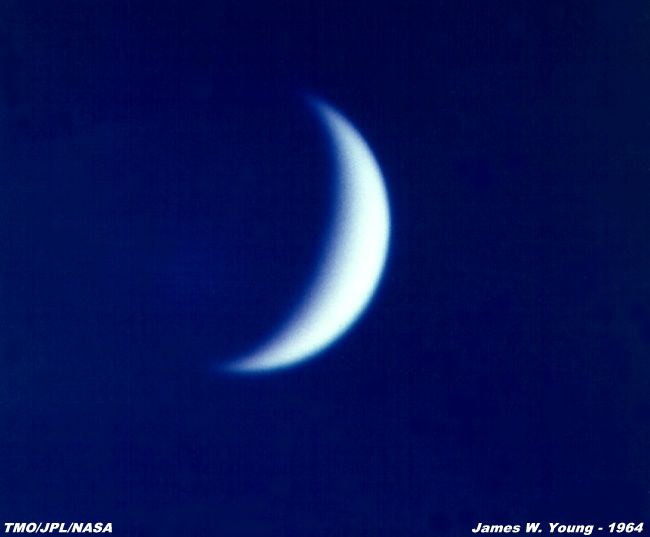 This photograph was taken with Kodak Extachrome-X 35mm film at 100 ASA with a Zeiss-Ikon 35mm
camera attached to the 16-inch relecting telescope operating at f79. The picture was taken on July 21
with and exposure of 1/2 second. During the very early years of JPL's Table Mountain Observatory, the
use of various color films for planetary photography was attempted. Although such photography today
has been replaced with CCD imaging, Table Mountain was one of the first observatories to
successfully use color films to capture Venus, Mars, Jupiter and Saturn images.

The then resident astronomer, Charles F. Capen, Jr., began this endeavor in 1963 to compliment his Mars
study with commonly used Kodak spectroscopic plates. I learned much from his example in this up-and-
coming method of imaging with the advent of faster and less grainy color films. Many other color
planetary images follow this one.